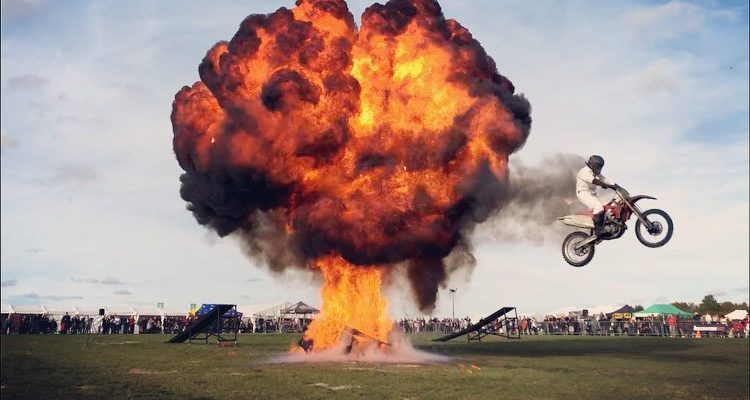 Regardless of whether you’re watching a Hollywood blockbuster or enjoying your favourite TV series, there’s a pretty good chance that there is a stunt team involved when creating action scenes.

Although today’s technology can help immerse an audience in the excitement of a televised performance, there’s nothing that comes close to actually being there.

Organisers of the Cheltenham Balloon Fiesta couldn’t agree more, which is why it has booked one of the most exciting stunt organisations in the UK, the Stannage Stunt Team.

As well as hosting several exciting shows around the country, the Stannage Stunt Team has also enjoyed success abroad, performing in Europe and Australia. 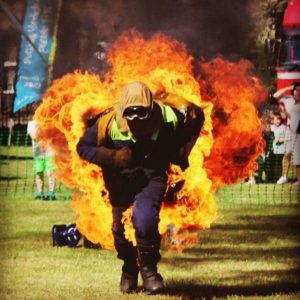 Where It All Started?

Those that enjoy stunt shows will know that being in love with stunt work is one of the key elements for a successful stunt performance.

Sure, we all want a taste of the dangerous life, but stunt shows still must be run with safety in mind. As such, the passion must be balanced with a professional outlook.

Fortunately, the Stannage Stunt Team is only too familiar with the organising of stunt shows, with its roots stretching back as far as the 1970s.

The Stannage Stunt Team is the brainchild of Mark Stannage. Mark found his calling back in 1974 when he was given one of the legendary Evil Knievel wind-up toys.

Ignoring comments that he would never be a stuntman, Mark continued to follow his dreams and began producing a project on Rocky Taylor, who has carried out stunt work on ‘Raiders of the Last Ark, ‘The Dirty Dozen’ as well as several Bond features.

Although Mark failed to hand the project in on time, it did cement his notion that stunt work was for him, which led him to work with Rocky at the age of 14.

Since then Mark has been perfecting his craft ever since and knows what it takes to deliver a truly mind-blowing stunt display.

What Stunts Have Been Performed by Stannage Stunt Team?

Given the experience, the Stannage Stunt Team has, it should come as no surprise that the team has performed several different stunts over the years.

Some of the displays include but are not limited to the following:

Fans of action movies will be more than familiar with high falls. The stunt has been seen in moves like ‘Batman Begins’ and ‘Assassins Creed’ and is essentially a drop from a great height.

Not fearless enough? Well, the Stannage Stunt Team have been known to add a little spark to the event by introducing fire.

To some, riding a motorcycle is a relatively easy concept. However, after watching the Stannage Stunt Team do their thing, you may be forced to think again.

Whether it’s wheelies that have you on the edge of your seat or jumps that leave your heart in your mouth, the Stannage Stunt Team can cater to all adrenaline junkies.

Get your tickets to The Cheltenham Balloon Fiesta here.

Join Stannage Stunts and the other live acts on the 22nd and 23rd of June. Tickets are £6 adults and £4 children when you book online at Skiddle.