Why do Balloons take off at Sunrise and Sunset? 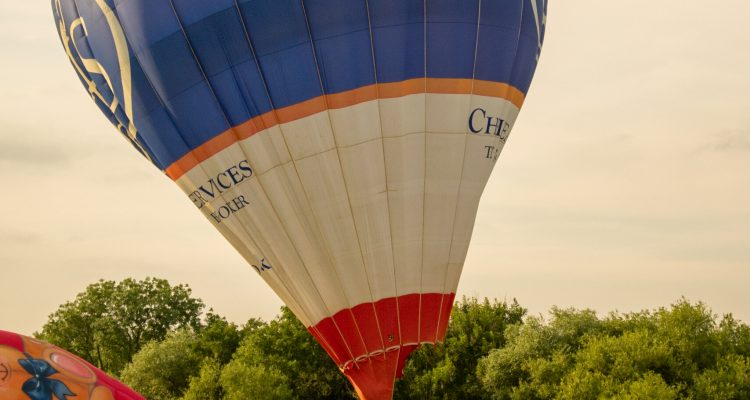 Why do Balloons take off at Sunrise and Sunset?

It is a question that we get asked a lot, why do the balloons only take off super early and later in the evening? Well, any balloon enthusiast or pilot will tell you that it is because at these times of the day the air temperature and the wind conditions are usually more stable. Pilots often don’t mind at which time they fly, but if you’re considering a balloon flight, you might want to go for an evening flight if you aren’t very keen on getting up super early!

Why can’t balloons fly during the day?

There is no rule that says that they can’t. You may have seen a balloon up in the sky during the day. However, the optimum conditions are much more likely at sunrise and sunset. For a balloon to fly, it depends on the air inside is lighter than the outside air, the burner inflates and heats the inside, which makes it less dense allowing it to rise. During the day, especially during warmer months, there are increased thermals. Thermals are created from the sun heating the ground they are essentially columns of warm air that rise up, this causes combination of wind strengths in the air and can make the balloon harder to control with a risk of unpredictable wind patterns. For balloons that do fly during the day, it will more than likely be cooler, overcast and very calm.

What are the weather restrictions for hot air ballooning?

Wind, rain and visibility. These are just a few of the main restrictions that affect if a balloon can fly. Ideally, the winds need to be between 4 and 6 miles an hour (pretty specific right?) and as it reaches closer to 10, it becomes more difficult for the pilot to fill the balloon with air.

Imagine, at any point, a pilot is going to need somewhere safe to land. In order to be able to land safely and not risk their own lives or that of others, they need to be able to see between 1 and 3 miles ahead.

During rain or storms, understandably a balloon will not fly. The air inside a hot air balloon can reach 100 degrees and the wind and rain can cool it considerably making the balloon impossible to control.

Why do balloons not fly when it seems calm?

The pilots use sophisticated weather devices to predict wind speed, visibility, rain, mist and cloud cover. These provide much more sophisticated readings than anything that can be heard on the radio or read on an app. The great British weather is massively unpredictable and the pilots check every half an hour in the run-up to a balloon launch to make sure the weather conditions aren’t going to change or if the winds are too high up in the air. What can seem calm on the ground can be very different when you’re up in the air! The first priority for any pilot is the safety of themselves and everyone around them.

Get your tickets to see the balloons at Cheltenham
Weather dependent*